Halifax Sailing Club is based at Warley Moor Reservoir (also known as Fly Flatts) in Calderdale, West Yorkshire. Formed in 1959, it is a friendly club, owned and run by the members. The reservoir covers 90 acres and, being the highest sailing club in England at an altitude of 1350 feet, enjoys clear winds which provides top quality sailing. We welcome dinghy sailors, windsurfers, canoers and kayakers, as single members, families or organisations. Craft over 16ft or mechanically powered are not allowed. The club has a reciprocal membership arrangement with Denholme Sailing Club .

Handicap dinghy racing takes place on Sunday afternoons from April through November and on Wednesday evenings from April to early September. From May to September,  Young People’s Saturday Sailing (YPSS) sees activities ranging from basic tuition to ‘fun’ racing being organised by club training officers. Sessions for beginners wishing to take place on Wednesday evenings May to August (incl).

For all the above times, a manned safety boat is afloat with all members being allowed to take to the water. Access to the water at other times is restricted and varies for different membership categories – click here for more details. 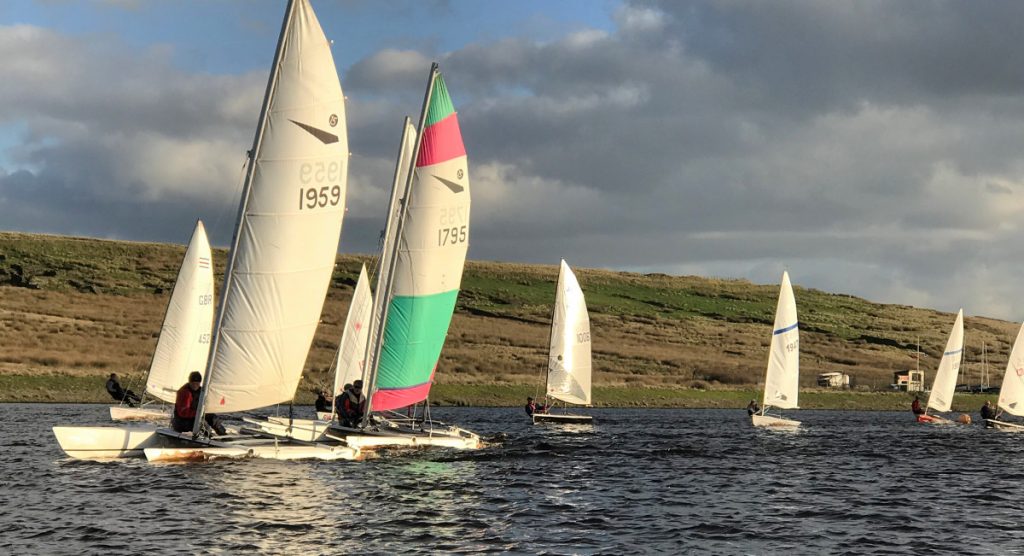 There is a large, recently refurbished clubhouse with male and female changing rooms, a snack bar, lounge area overlooking the water, ample car parking and berthing space for over 100 dinghies. A large launching slipway allows easy launching with a jetty allowing sailors to nip ashore between races. There is a large area for rigging windsurfers and plenty of room for storing equipment. The club is surrounded by a 2 meter high wire fence with locked gate.